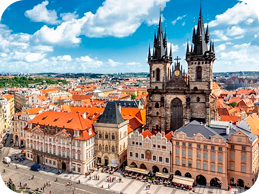 Prague is the capital and largest city in the Czech Republic, the 13th largest city in the European Union and the historical capital of Bohemia. Situated on the Vltava river, Prague is home to about 1.3 million people, while its metropolitan area is estimated to have a population of 2.7 million.[4] The city has a temperate oceanic climate, with relatively warm summers and chilly winters.

Founded during the Romanesque and flourishing by the Gothic, Renaissance and Baroque eras, Prague was the capital of the Kingdom of Bohemia and the main residence of several Holy Roman Emperors, most notably of Charles IV. 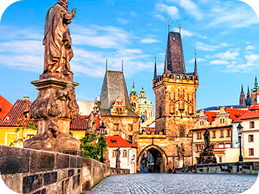 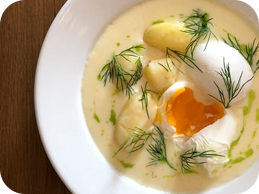 Czech cuisine will come as a pleasant surprise to gourmets. Although the cuisine shows influences from neighbouring countries (Hungary, Austria and Germany), the greatest inspiration remains traditional old Bohemian recipes. The basis of Czech food are ingredients which could be grown at home – above all grains, pulses, potatoes and meat. From these seemingly simple ingredients superb and imaginative dishes were made which can only be found in Czech cuisine. These include Czech dumplings, a rich selection of sauces and soups, sirloin in cream and the signature dish, pork and dumplings with sauerkraut