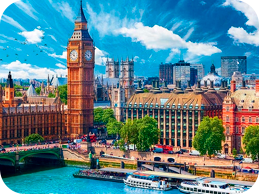 London is the capital and largest city of England and the United Kingdom.Standing on the River Thames in the south-east of England,London is considered to be one of the world’s most important global citiesLondon has a diverse range of people and cultures, and more than 300 languages are spoken in the region. Its estimated mid-2018 municipal population (corresponding to Greater London) was 8,908,081, the third most populous of any city in Europe[and accounts for 13.4% of the UK population.
London’s urban area is the third most populous in Europe, after Moscow and Paris, with 9,787,426 inhabitants at the 2011 census.
The London commuter belt is the most populous in Europe with 14,040,163 inhabitants in 2016. 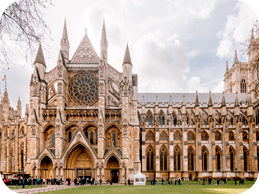 London gastronomy is teeming with a smorgasbord of different cultural influences and tastes that offer locals and visitors a fantastic culinary experience .

English Breakfast
As the name suggests, there’s no better place to get an English breakfast than England. This traditional meal (often referred to as the ‘full English breakfast’) can be traced back to the 1300s. While Britain’s history brought about many changes and different trends, the full English fry-up has remained a staple of British cuisine and identity – enjoyed amongst the gentry and the working classes alike.

Fish & Chips
For any international visitor, fish & chips is a must-try. It has been a British favourite for well over 150 years and remains one of the most British dishes on any restaurant menu. The originator of the dish is contested – some credit a northern England native named John Lees, while others credit Joseph Malin, a Jewish immigrant living in East London

Despite not originating in Britain, there’s absolutely no doubt that the meat pie has come to be heavily associated with the British Isles. With boat crews needing to be sustained during trips, but not being able to accommodate livestock, pies were created as an economical (and delicious) way to store and preserve meat. While we can find pies in many guises across the world, the Great British meat pie (typically beef) remains a favourite across the country.